I’m sure that you have heard of crowd funding sites that people use to help them in times of need. However, one thing that you may not realize, or given a second thought about, is that these are one time donations to someone. One donation, and done.
However, if you make it into a monthly donation wherein everyone who donates can then receive donations themselves, everyone would win.
That’s the premise behind Bitcoin Funding Team. By the end of this blog post you will have a better understand how Bitcoin Funding Team could fund any cause you may possibly imagine.
First, let’s look at a typical fund raising platform. This image shows what happens in a campaign.

As you can see 14 people are donating $100 to you. This would mean that at the end of the campaign you would have $1400. It also means that this is the only time you are doing to see any donations from these individuals.
However, with Bitcoin Funding Team, you re-arrange how these people donate the money to you. As you will see it ends up being more for you, more for them.

When you start your crowd funding campaign inside of Bitcoin Funding Team, then you are able to use the power of duplication and structure to maximize your donation potential. Let’s look at what is happening above.
All donations in Bitcoin Funding Team are made using Bitcoin. For the purposes of this blog post, I changed the amounts to reflect US Dollars. When you join Bitcoin Funding Team (BFT) you make a $100 donation to someones cause. This now enables you to receive two $100 donations from two people.
As more people start to donate, then things start to happen. You see that 4 people, on your second level, are paying you $200 each. In order for you to receive the $200 donations, you have to make a $200 donation to someone else. (The BFT system tells you who to make the donation to, don’t worry.)
Then as more people come in the amounts get higher. As you can see in the graphic above the people on your third level are giving you $400 donations. Just as is the case with your level 2 donations, you have to make a level 3 donation ($400) to someone.
While the BFT system goes on to level 5, in the above example you have 14 people donating a total of $4200 to you. At the same time you are donating $700 to others, leaving you with $3500 in donations. That’s more than double what you would have received from a normal fund raising campaign!
Pretty great, right? Guess what? There’s more!
Crowd Funding Monthly
Everyone in the example above has the ability to ask for donations as well. You know those people who donated $200 to you? Well, they donated $100 to the person above them as well as to you. Those who donated $400 to you, donated to the $200 and $100 people above them. Every single person who joins the Bitcoin Funding Team system has the ability to go out and raise funds for whatever they desire. As such, people are motivated to bring others into the system, so they do can receive funds for their cause.
One other thing to note. This happens every single month. That’s right, you are making donations to someone monthly, while at the same time others are making donations to you each month. More people start to see the power of this fund raising method, and they join as well.
Infinite Returns
As you can see the Bitcoin Funding Team system is a very powerful way to raise funds for any cause. It’s by no means a get rich quick type of scheme, nor is it going to bring you hundreds upon hundreds of Bitcoin by doing nothing. Normal fund raising requires work, and so does the BFT system.
However, with this method you have the potential for monthly donations to be coming in for your cause, while at the same time helping others reach their goals.
Want to join the Bitcoin Funding Team? Just follow this link to learn how to get started, and how to sign up within my donation tree.

AdsCash update: Dynamic Figures In Your Backoffice Live
Holy Cow! Get My Free Bitcoin....MicroProfitsNetwork is Hot! REVIEW
Is Coinspace (S-coin) A Scam? Find Out The Rock Hard Facts!!- Coinspace Review

This site uses Akismet to reduce spam. Learn how your comment data is processed. 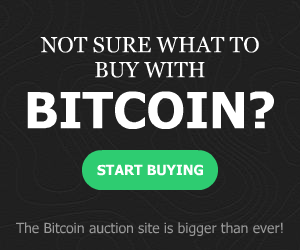 The Future of Crypto Currency reviews

The Future of Crypto Currency reviews